The Python ecosystem has a lot of web frameworks. One that has consistently been popular is the Django framework. It’s popular for being robust, secure, and allows developers to develop projects fast and meet their deadlines. It is free and open-source, and it works on both Windows and *nix systems.

In this tutorial, you will learn how to install Django on Windows using pip. After that, you will verify the installation, create a project, and start a Django development server.

Before you install Django, you must make sure that Python is installed on your system. You can check out this guide — how to install python on windows to learn how to do it.

First, you need to open CMD on your computer. You can do that by searching for CMD in the Windows search box or you can open the Run dialog box by holding the Windows logo key and R(WIN+R). Once the dialog is open, type cmd, and then click OK.

You should now have the CMD window opened. 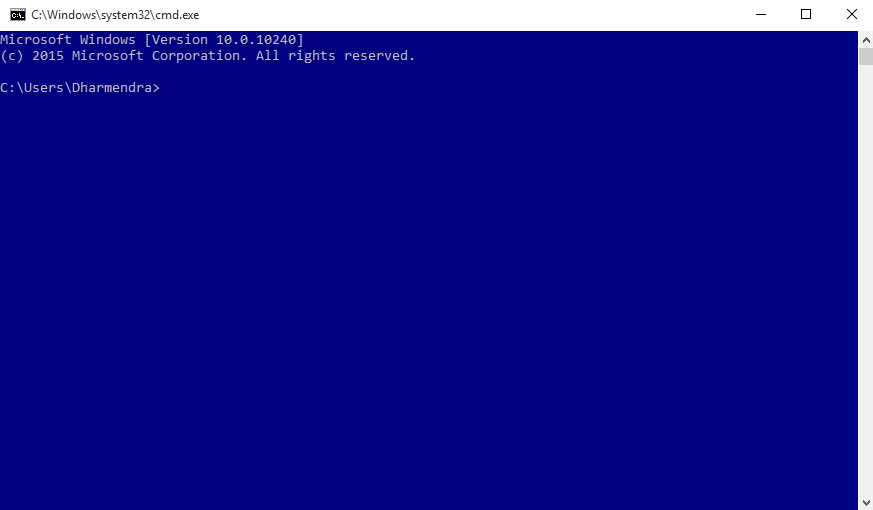 Now that you have opened CMD on your computer, you’ll verify the installation of Python in the next section.

Before you install Django, first, you need to make sure that you installed Python on your system.

To do that, type the following command in CMD prompt to verify the installation:

-V option logs the Python version installed on your system.

After running the command, you should see output like this:

At the time of writing, it is Python 3.10.0 You might have a different version from mine, and that’s fine. As long as you see the Python version logged, Python is installed on your system.

Now that you’ve confirmed Python is installed on your system, you will upgrade pip

Python comes with pip by default. But most of the time, it comes with an old version. it’s always a good practice to upgrade pip to the latest version.

You’ll get output identical to the following screenshot showing you that the upgrade was a success: 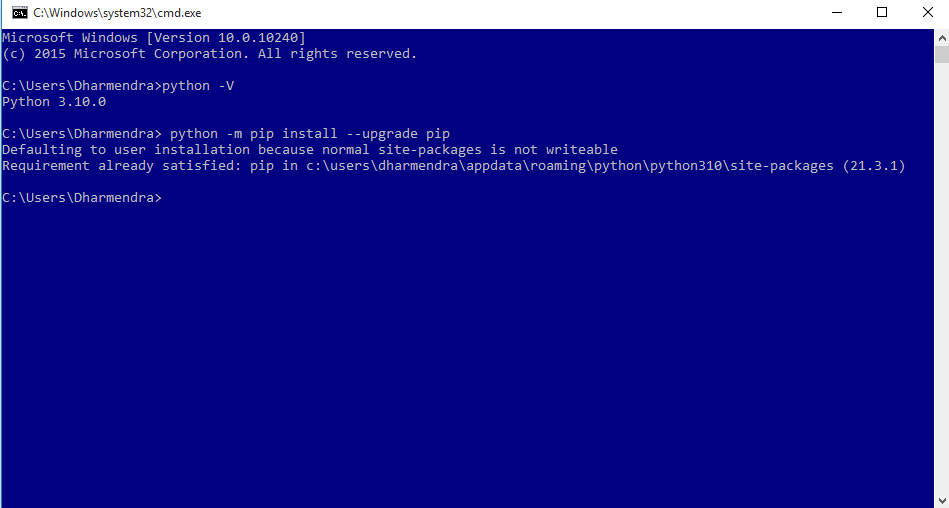 In this section, you will create a directory that will contain your Django application. We will name it django_project since this tutorial is a demo. But in a real project, you can give the directory a suitable name, such as forum, blog, etc.

Change into your Desktop directory with the cd command:


Move into the django_project directory using the cd command:

Your prompt should now show you that you’re in the django_project directory as shown in the following output:

Now that you’ve created the working directory for your project, you’ll create a virtual environment where you’ll install Django.

If you don’t use a virtual environment, your projects in your system will use the same Django version installed globally. This might look like a good thing until the latest version of Django comes out with breaking changes causing your projects to fail altogether.

You can learn more about the virtual environment by following Python Virtual Environments: A Primer.

To create a virtual environment, type the following command and wait for a few seconds:

The command will create a directory called venv inside your project directory.

In this section, you’ll activate the virtual environment in your directory.

Run the following command to activate the virtual environment:

After you run the command, you will see

a (venv) at the beginning of the prompt. This shows that the virtual environment is activated:

Now that you’ve activated the virtual environment for your project, the moment you’ve been waiting for is here. It’s time to install Django!

In this section, you will install Django on your system using pip.

If you want to install a different Django version, you can specify the version as follows:

If you want to install a different Django version, you can specify the version as follows:

Once the installation finishes, you need to verify that Django has been installed. To do that, type the following command:

At the time of writing, the latest Django version is 4.0, and that’s why my output shows that.

Now it’s time to create a project. A project has a different meaning from what you may be used to. The Django documentation defines it as:

A Python package – i.e. a directory of code – that contains all the settings for an instance of Django. This would include database configuration, Django-specific options and application-specific settings.

You create a project by using the command-line utility django-admin that comes with Django. The command generates files where you can configure the settings for your database, add third-party packages for your project to mention a few.


Change into the mwcode directory:

The directory mwcode contains Django configuration files. The manage.py file comes in handy when starting a development server, and that’s what you will do in the next step.

Now that the project has been created, we will start the Django development server. 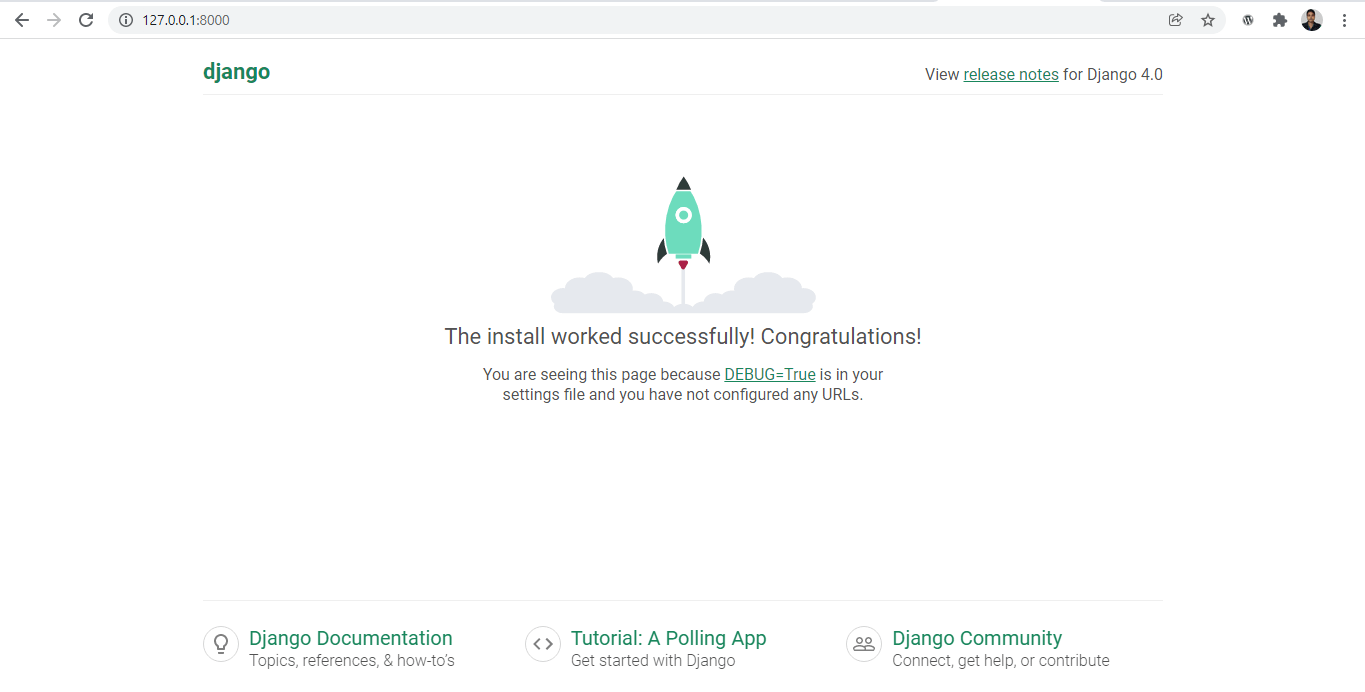 Tip You can stop the server by holding CTRL+C. To deactivate the virtual environment, you can type deactivate on the prompt.

Now, you are ready to start developing your project. 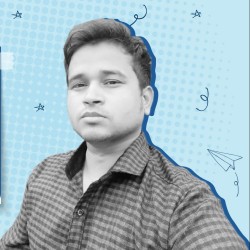